After a few teases on Twitter, Cryptic has shared that they are adding a new quality of life feature: Teleportation Hubs!

"This feature will allow players to set a hub and the ability to teleport to the set zone. Hubs can be found across many Zones, providing players options based on their current adventuring needs. Teleporting will have a 1 hour cooldown that can be sped up with AD. Teleportation is not available on intro maps, PvP, or during combat.

Teleportation is done by interacting with a new icon attached to the minimap. This same icon can be found on zone maps to identify the location of teleportation monoliths." 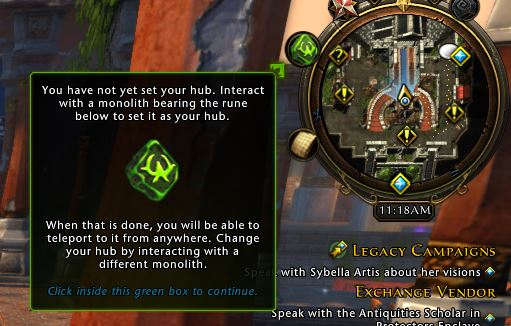